You are here: Home / Health / What are inactive calories? The amounts of energy when one is at rest, are called inactive calories. It is computed as one’s basal metabolic rate times the time one spends not doing anything. This means that the more active a person is, the lesser the inactive calories are.

Going for a walk or getting into a tough workout is oddly satisfying. But there is another satisfaction to the equation. It is when one sees the number of calories burned after a strenuous exercise.

While the number of calories does not matter to some, it does to most. It provides a quick look at how fast or slow one’s weight loss pace is.

Others get addicted to counting the number of calories burned per workout. In such cases, one should always know which numbers to take note of. This would already include the active and inactive calories.

If unsure, here’s a quick look.

Inactive calories, on the other hand, are the resting calories. These are the calories that one burns, even while sleeping on the couch.

One’s total calories are composed of active and inactive calories.

Both of these calorie-types are affected by different factors. It can be because of age, weight, and medical conditions. It can also be affected by sex and one’s activity levels on a daily basis.

There are fitness apps. Then there are questions on its accuracy.

The accuracy of fitness apps has been in debate for quite some time. Most surmise that these apps provide one with the number of calories burned. Some have a fair belief in the accuracy of the apps. Some do not believe in its efficacy.

Manufacturers insist that they are.

But instead of aiming for the exact number, one should accept that 100% accuracy is a life-long dream.

Fitness apps provide numbers. It can be heartbeats, calories burned, or miles ran. Instead of looking at the exact number, one should consider the trends. One should look at these numbers as a tool to monitor progress.

Instead of aiming for the exact number, one should aim at going in the right direction.

In order for one to maximize the use of fitness apps, one can keep track of the calories burned. The key to knowing one is progressing is to ensure the increase of active calories burned per week.

The numbers for everyone can be different. It should be. But this should not be cause for worry.

As one is aware, one pound of fat is about 3,500 calories. And so, to create a calorie deficit of about 500 to 1,000 calories per day, one is assured of weight loss. The weight that one loses may run from about one to two pounds per week.

Such weight loss is healthy. It is safe. It is sustainable.

Fitness apps are not accurate. They are never perfect. But they can certainly help you reach your goals by pointing you in the right direction.

Can you burn calories without exercising?

One may be too familiar with different types of diets. Some supplements help one lose weight. This comes with the promise of never needing any exercises. And believe it or not, this is true to some extent.

One can burn calories without the need for strenuous workouts. Truth be told, you are burning calories while reading this. The mere act of breathing burns calories.

Here, we talk about a passive body burning calories.

There is a certain level of energy that the body requires to function, even while at rest. The mere function of the body regulating temperature burns calories. This is the Basal Metabolic Rate (BMR).

Imagine sitting on the couch, sleeping. Resting burns calories. Even sleeping burns about 40 to 55 calories per hour. How much more when one is watching TV or reading the papers.

Research says that about ⅔ of the number of calories burned per day is BMR.

Each person’s BMR is different. There are varying factors that come into play. It can also change over time. When one is sick, the BMR can speed up. Or when one gains muscle mass, this may slow down.

This is one reason why overweight gets to lose weight fast compared to those that are not. Certain medications can also affect one’s BMR.

But just because one burns BMR does not mean one should sit on the couch all day. There are a few more things one can do to maximize calories that are burned.

Unusual as it may seem, but fidgeting seems to be adding more calories burned per day. When one jiggles his leg or twirls a pen, calories are burned. The calories burned daily may not be that significant. But over time, it can add up.

In fact, some studies show that fidgeting can burn as much as 300 calories per day.

But as in everything else, the studies may not be as complete as everyone wants them to be. While fidgeting burns calories, some fidgets may burn more than the others. What comes into play would be the reasons and the stress level why one fidgets.

But for whatever it is, burning calories while fidgeting is good news.

If one is serious about shedding off more calories without the gym, a change of lifestyle is needed. This would include:

Parking farther away from the destination, so one has to walk.

Making use of the farthest toilet

Taking small breaks to stretch and walk a bit

Pacing around when on a call

Walking faster than the usual

How about a standing desk?

Most of the time, it is these little things that make a lot of difference.

There are numerous ways by which one can lose weight. Most of these focus on calorie intake. While the focus is on the calorie-consumption, the same can be true for calories burned. There are exercise programs, fitness activities that come into the picture.

And yes, these are true. Diet, when paired with exercise, all make for a successful weight loss plan.

A lot is said about a healthy diet being a major contributor to weight loss. The lesser acceptable calories one takes in, the better. The diet plan should also ensure that there are lesser carbs consumed.

But once one starts losing weight, exercise adds more essence to the program. Exercise can preserve one’s lean body mass. This is because something happens when one restricts the consumption of calories. Aside from fat-burning, muscle is also burned.

Exercises like resistance training with weights can preserve muscles. The same is true with isometrics. And once one starts rolling well with the exercises, limiting calorie-intake becomes easier.

The balance between calorie intake and calories burned is pretty important. This is always true for one to lose weight. But aside from this, one needs to also take into consideration the little things. These, when accumulated, all make for major factors that can help one lose weight.

How many calories do you burn in a day?

When one wants to lose weight, there is little to really learn about. One only has to subtract as many calories from the diet. This gradually results in weight loss in the long run.

The matter of weight loss involves numbers. The more calories one burns, the more weight one loses.

The rule, however, is for one to burn at least 3,500 calories to lose 1 pound of fat. If an individual goes on a deficit of 500 calories daily, that could equate to one pound at the end of the week.

But simple as it may look, losing 2,500 calories per week can be a bit daunting. It is a fact that 3,500 calories equate to one pound. But burning 3,500 calories does not really mean one loses a pound of fat.

Research shows that about 3,500 calories burned may not all be fat. Somebody’s weight may go down. But this does not mean that the weight loss is largely fat.

As the body uses up energy, there are changes with weight fluctuations. The weight that is lost would come from a mix of fat and lean tissue. Lean tissue is most of the time composed of muscles.

A healthy diet and regular exercise are good for weight loss. It focuses on how much weight that is lost comes from fat. It also identifies how much should come from muscles.

The mere act of consuming fewer calories does not target just fat-burning. When one assures you of getting you rid of fat alone, better think twice.

For one to lose a pound, one should have an idea of the number of calories to burn. Males burn more calories than females. But other factors are at play. There is height, age, body size, composition, and a lot more.

Going online for a metabolic rate calculator is a good idea. This allows one to have an idea of BMR. Being able to identify one’s BMR provides one with an idea of how many calories to consume. There is also the idea of the number of calories to burn.

Once one can identify the caloric requirement, one can formulate a program. But whatever program one might have, the idea for weight loss is simple. As long as there are fewer calories consumed than burned, one would lose weight.

Does any movement burn calories?

In any movement, muscle tissues burn more calories compared to fat. While one burns at rest, any extra movement can burn more. Should one resort to walking or doing simple tasks, there should be great results in the long run.

The concept of slow metabolism is famous for being the culprit in weight loss failures. But what does this mean? Is it really metabolism? If indeed it is, how can one speed it up?

It is a fact that metabolism is associated with weight. Not to burst your bubbles, but a slow metabolism is rarely the culprit in weight loss failures.

Metabolism influences the body’s energy needs. But its influences are pretty basic. What matters is the amount of physical activity that one does. This determines one’s weight.

While it is tempting to blame slow metabolism, it would be unfair. Metabolism is a natural process. There are a lot more factors that are at play when losing weight. The body has multiple mechanisms that work together that affect weight loss.

Only in very rare cases, you can blame a slow metabolism for weight gain. And this is because of underlying health conditions. Irregularities like Cushing’s syndrome or hypothyroidism are such examples of health conditions.

While we all want to lose weight the easiest way, it is a complicated process. There are a lot of things to consider. Things like genetic makeup and diet composition should be thought of. Even hormonal controls affect weight loss.

Aside from these, there are even more to take into account. For example, lifestyle, sleep, and physical activity can affect weight loss. Even the amount of stress one goes through should be taken into account.

All of these are factors that affect the balance of one’s energy equation.

Some individuals are able to lose weight than others easily. But there is one thing that remains consistent. The calories consumed should be lower than the calories burned.

For one to lose weight, there should be an energy deficit. A decrease in consumption and an increase in calories burned should do the trick.

Related posts:
How Many Calories Do Anorexics Eat?
Does whey protein have caffeine?
How Long Does Protein Stay in Your Blood?
How many calories does crying burn?
Previous Post: « How To Close Hole In Nose After Removing Blackhead?
Next Post: What Are Elephant Pants? » 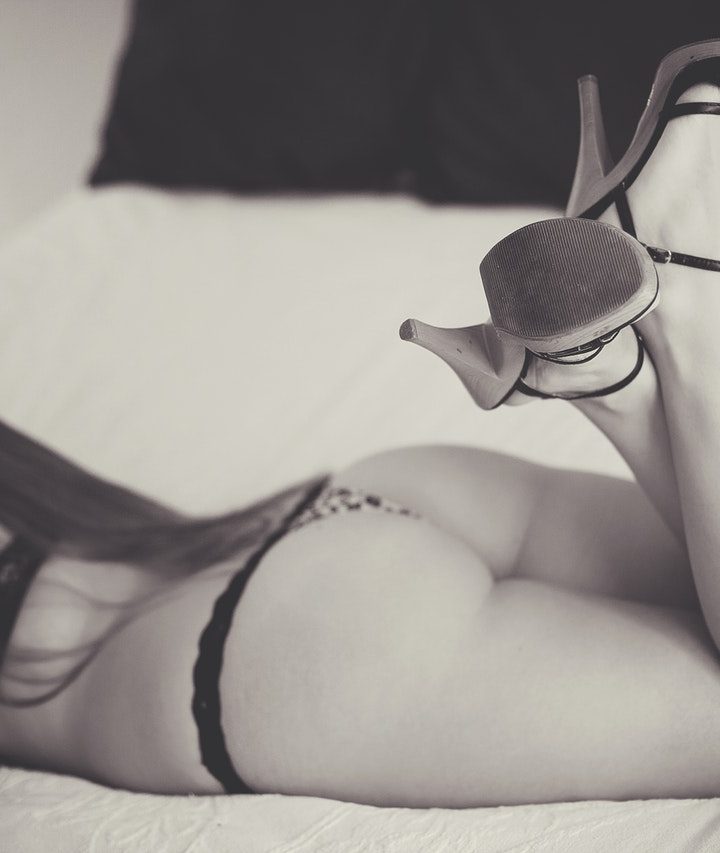