You are here: Home / Health / Does Caffeine Have Calories? Coffee is the main beverage that most people intake before starting their day because it boosts energy as people face the fast-paced world.

Coffee has very low-calorie levels with 1 cup amounting to 2 Calories for (240ml). But it will only be low if your coffee is purely black with no sugar, milk, and etc. No wonder why this coffee is mostly consumed, with an estimated 2.25 billion glasses of coffee consumed daily worldwide.

Most people are conscious of what they eat, especially the actresses, actors, or models required to maintain their bodies’ shape.

In this article, you will learn the magic that coffee does to your body and why coffee is the exemption in their diets in all kinds of beverages.

You will also learn why coffee is considered a part of the diet plan and the number of calories that it has.

How Many Calories is Caffeine?

People who are strict with their foods consider the intake of calories as prescribed in their diet plan. Mistaken eating of food that exceeds the recommended intake of calories is recovered through tireless exercising to burn calories.

That is why when people start to dream about their desired body, they are also considering the beverages they drink because an exceeding intake of calories could lead to worthless sacrifice to achieve the body goal.

A simple avoiding of your most favorite sweet beverages and starting to replace it with coffee is a good start.

One cup of coffee has only two calories if and only the type of coffee you drink is purely black without any sweetened ingredients added to it, such as sugar. The good thing about it is, it does not contain any proteins, carbohydrates, fats, and alcohol, which has an equivalent number of calories.

A brewed coffee is made of water and only two calories. The calorie in caffeine is acquired depending on the type of it consumed.

Below are some of the caffeine drinks:

It cannot be denied that such drinks are irresistible, containing ingredients, especially sweetened ingredients.

That is why be careful with the type of caffeine that you are drinking, especially if they are added with milk, creamer, and sugar because these could all contribute to the downfall of your diet.

Do You Burn More Calories With Caffeine?

Whenever someone encourages you to burn calories, the first thing that comes into your mind is that it is all about exercising and restricting yourself to foods high in calories. The thought of it, of course, makes you lazy in doing those activities.

You may think of something that does not require much energy to burn calories.

A large dose of caffeine increases RMR (resting metabolic rate) by 3-11 percent, and reduces the calling of hunger and the need to eat. Most of the time caffeine seems to increase the energy used when we are at rest. In doing so, it stimulates body heat in our body that burns calories while we are at rest.

RMR is where you burn calories at rest.

If you drink caffeine with a maximum of 4 cups of coffee (945 ml), it is safe for healthy adults. But it is advisable to drink one to two cups of coffee daily to prevent unexpected effects.

In the short term, caffeine increases metabolic rate and burns fat by about 1 calorie per mg of caffeine up to 100 calories per day if combined with ephedrine, which is dangerous for the people to use that is not strictly monitored.

Drinking caffeine helps metabolism and loses weight, which allows you to eat more food without gaining weight. But only after people become tolerant and it stops working.

Caffeine may help lose weight, but it does not burn calories.

As mentioned above, people who are tolerant of drinking coffee show that its good effects are inadequately effective. To attain the good qualities of caffeine, you can cycle your drinking habits to prevent tolerance from it.

Studies shows that women drinking caffeine makes them to eat less and prevents gaining of weight. You are lucky if you maintain to lose your weight because some lose their weight after losing their weight.

Your body burns a certain number of calories when you work out. Either stored carbs or stored fat will come from those calories. As a percentage of your total calories, the harder you work, the more carbohydrates and the less fat you burn.

This study found that consuming 3 milligrams of caffeine per kilogram of body weight (that’s the same amount as in the above table) changed calorie burned towards fatter and increased the overall fat burning rate compared to carb-burning. People who are drinking caffeine before exercise instead of burning out accumulated carbohydrates

Drinking caffeine and exercising would not burn calories. Some calories could be burned because your body can’t burn all of it.

However, caffeine may burn fats; it varies on a persons’ body because people who drink coffee for a long time have only a little effect due to tolerance.

Is It Okay To Drink Coffee While on a Diet?

The magic that coffee does to your body breaks down fats and helps you stay awake for a long period of time. It is still vital to pick the correct coffee that will aid you in losing weight. Drinking plain coffee without any add-ons like sugar and milk, contains 3 calories for espresso and 5 calories for brewed coffee.

Besides it, caffeine also contains a powerful antioxidant that provides energy and keeps you alert.

Many coffee types such as nonfat latte, Flavored latte, Nonfat cappuccino, Nonfat macchiato, Nonfat mocha, and Nonfat frozen coffee drink have a huge amount of calories. These coffees are added with sweetened ingredients that are not good for people who want to get rid of calories and take only a small amount of it.

If you are strict with your diet, you must drink black coffee without any sugars, creamers, or milk because it has an insignificant number of calories. Black coffee has only two calories if it is not added with any sweetened ingredients because a tablespoon of sugar added could sum up to sixteen calories intake.

According to a November 2015 study published by the European Journal of Clinical Nutrition, coffee consumption might support weight-loss maintenance.

Sleeplessness, increasing blood pressure, and anxiety are factors of excessive consumption of coffee. That is why any excess amount of something can lead to danger.

What Should I Drink at Night to Lose Weight?

Caffeine is a psychoactive ingredient in your coffee that keeps you energized and awake. It also prevents you from gaining weight.

However, some people do not want coffee due to it disturbs their sleep cycle and cannot sleep at night, fear that they might get addicted to it, and health problems.

Having a good digestive system is a good step in boosting your metabolism and losing weight.

It is not easy to lose weight effectively because it takes time to adjust to your habits and replace them with strict monitoring of your food intake and the workout that you have to make.

Cinnamon tea contains health benefiting properties such as antioxidant and antibiotic properties. It works in boosting the metabolism and as a detox drink.

Chamomile tea contains calcium, potassium and flavonoids. It is the same with cinnamon tea because it works as a detox drink that eliminates toxins and excess water. Not only it detoxifies your body but also helps you to have a relaxing sleep.

Cucumber – Parsley Juice is a green juice that is made with cucumber and parsley. Cucumber does not almost contain calories and is high in fiber content and water content. Parsley has its mild diuretic properties and high minerals and vitamin content. The combination of these vegetables is loaded with nutrients that show a quick result of your weight loss.

Turmeric soothes digestion as well as helps boost metabolism, which could all result in the shedding of excess weight. It is also an antioxidant that releases harmful toxins from our body. Milk is loaded with calcium and protein in our body.

Drinking a 100 percent Grape juice burns fat as you sleep and also helps in losing weight.

Different people have their own preferences when it comes to beverages. Especially when it’s all about monitoring their diet program. To be honest, there are should not be any debates on the above-mentioned drinks. As they all contribute to weight loss and can help boost metabolism in their own respective way.

The most important thing to remember is to drink moderately. This thought is not only applicable to alcoholic drinks but also to other beverages. Anything that is out of the common can cause serious problems to our body functions.

When people start to plan with their desired body, they are also considering the beverages they drink because they are strict with the intake number of calories prescribed in their diet plan.

A caffeine is a psychoactive ingredient in your coffee that keeps you energized and awake. It also prevents you from gaining weight.

It is one of the drinks that people consume because it boosts energy as people face to cope with the fast-paced world. It has a low level of calories that is good for people who are strict with their diet, and takes only a small amount.

The type of coffee that is good for your diet is black coffee without adding any sweetened ingredients such as milk, sugar, and creamer. Black coffee only contains water, and only a total amount of two calories is good, especially to those who have maintained their body shape.

A large dose of caffeine increases RMR (resting metabolic rate) that helps the metabolism and loses weight, which allows you to eat more food without gaining weight. But only after people become tolerant and it stops working. To attain the good qualities of caffeine, you can cycle your drinking habits to prevent tolerance from it.

An excessive intake of calories could lead to the downfall of your diet, but it can be recovered through tireless exercising.

That is why be careful with the type of coffee you drink, especially that they are added with sweetening ingredients, resulting in worthless sacrifice to achieve your body goal.

It is not easy to lose weight effectively because it takes time to adjust to your habits and replace them with strict monitoring of your food intake and the workout that you have to make.

Drinking caffeine and exercising would not burn calories. Some calories could be burned because your body can’t burn all of it.

Caffeine may help lose weight, but it does not burn calories.

That is why when you work out, and your body burns a certain number of calories. Those calories can come from either stored carbs or stored fat. The harder you work, the more carbs and the less fat you burn as a percentage of your total calories.

Some people do not want coffee because it disturbs their sleep cycle and that they cannot sleep at night, fear that they might get addicted to it, and health problems.

You can do simple ways to lose weight before bedtime to prevent weight gains, such as cinnamon tea, chamomile tea, cucumber-parsley juice, turmeric milk, and grape juice. These drinks help the digestive system boost metabolism, lose weight, and work as a detox drink in cleansing the toxins in your body. 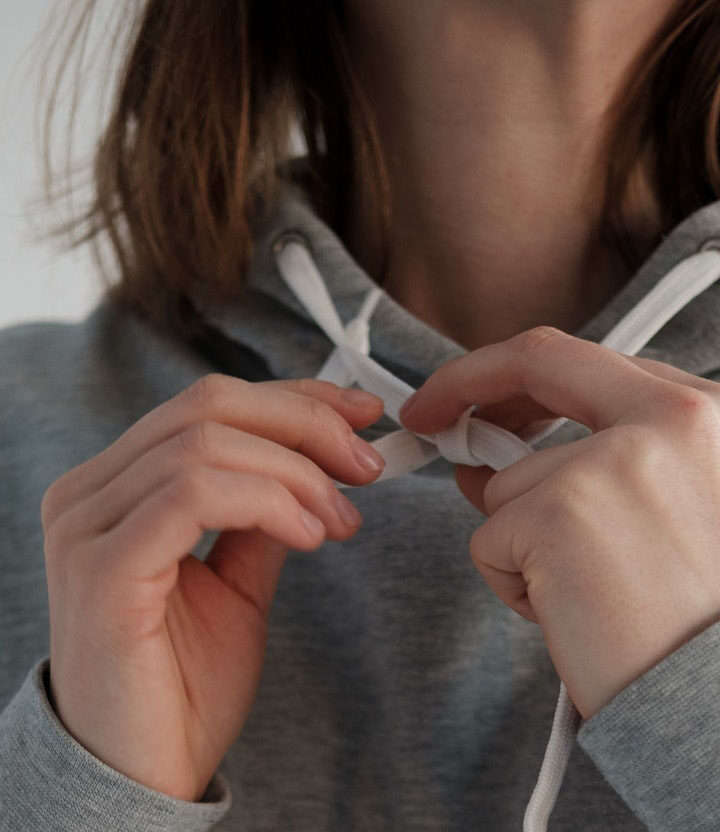