You are here: Home / Health / Do cigarettes have calories? Cigarettes do not contain calories. But while they do not have calories, they also come with harmful chemicals and a lot of tar.

Most would associate smoking with losing weight. Indeed, it aids the body in speeding up metabolism. As a result, the body burns calories faster than when one is not smoking.

Smoking also suppresses one’s appetite. When a person stops smoking, he will find that food tastes better. At this time, there is a hard-to-resist craving for sugary foods.

This often results in an uncontrolled weight gain.

Do smokers have lower body weight compared to non-smokers?

Smoking affects the body in such a way that it leads to weight loss. It brings along an increased metabolic rate. Also, it decreases metabolic efficiency. This is the same as minimizing absorption of the calories that are taken in.

All these are attributed to tobacco use.

The lower body weight found in smokers can be attributed to the metabolic effect of smoking. A single cigarette shows a 3% increase in a person’s energy expenditure. This happens within the first 30 minutes upon smoking.

Smoking about 24 cigarettes a day will increase energy expenditures to 2445 kcal. The rise is from 2230 kcal per day.

Studies also show that smokers who quit the habit exhibit decreased metabolic rate by up to 16%.

Aside from smoking’s metabolic effects, nicotine can also provide an anorexic effect. Studies show that the more nicotine that is induced, the less hunger a person feels. This also decreases food consumption in a smoker.

Smokers and non-smokers feel hunger. But the difference lies in the caloric intake, of which the smokers have less.

There is no substantial evidence that points to smoking being a direct cause for one to lose weight. Smoking has metabolic effects and has a capacity for the suppression of hunger. As such, most smokers tend to be lighter than non-smokers.

Studies show that heavy smokers weigh more than light or non-smokers. Research shows those who smoke at least two (2) packs per day lean toward being more obese.

Smoking affects metabolism. As such, one can expect that the more one smokes, the lower the bodyweight is. It should be emphasized that studies show heavy smokers to be more obese than light smokers.

Large surveys involving population samples from three countries were done. Such surveys show that the risk of being obese increases with smoking. Results indicate that the more one smokes, the higher the chances of obesity.

Individuals that smoke at least two packs per day are heavier. This is when compared to those that smoke about 1 to 9 cigarettes per day.

In general, these results tell us that smoking is usually associated with boy weight. These findings also say that heavy smokers lean toward being overweight.

The observations are not generally acknowledged. But it tells us of other possible factors that are at play. It is obvious that something else is more powerful than the metabolic effect of smoking.

But the question as to which is at play remains unanswered. Heavy smokers still tend to be more obese than light smokers. There is no definite explanation.

Aside from that, heavy smokers are more in the company of alcohol than light smokers. These behaviors are found to be in great clusters common to those that smoke heavily than those that do not.

Can I stop smoking without putting on weight?

People who quit smoking do not need to put on weight. There are exercises and other ways that can be done to ensure one does not gain weight after the smoking is put to a stop.

One would always be worried about putting on more pounds when quitting smoking. But one should also know that there are many ways by which to maintain the weight. This is even after one quits smoking.

One can have more exercises. Aside from these, there are also smoking treatments that can be done. These are in order to avoid gaining weight after quitting cigarettes. And most important of all, adopt a healthy diet.

A healthy diet is a foolproof way to reduce weight while one quits smoking. But one should always be more careful in this aspect. When adopting a healthy diet, one should ensure not to overdo this. Eating should be sensible and be over or underdone.

In some cases, individuals who quit smoking can still gain weight. In a matter of a year after quitting, some can gain as much as 5kg or 11lbs.

Why do you gain weight when you quit smoking?

What one can do after quitting is by doing regular exercises. This keeps your metabolism at a healthier pace. One can try many exercises. Walking, for example, is something that people take for granted. But what one should realize is that walking is, in itself, an exercise.

Instead of taking a bus, if the distance is walkable, one can choose to walk. One can also take the stairs instead of the elevator. Going to the gym is also another option.

When attacked with hunger pangs, one can keep a stash of treats that are healthy. Examples are nuts and fresh fruits. Vegetable sticks are also handy once the pangs strike.

Another way by which to combat weight gain after quitting is by eating smaller portions of food. This leads to one’s metabolism to be stabilized. Note that for one to feel full, it takes about 20 minutes.

If one is not feeling full yet after a meal, one can walk for about half an hour. If the hungry feeling is still there, one can check on the healthy treats.

Another technique is to chew food slowly. It takes a conscious effort to chew and enjoy each mouthful of food.

And finally, another way is to take the “stop smoking” medicines. These ensure that one suppresses cravings for nicotine. The fewer cravings there are, the more one can shift the focus to eating and living healthy.

The Exercises Once Smoking is Gone

Once a person stops smoking, the body burns calories slowly. Even if that person eats less than when he was smoking, the tendency is always to gain weight.

What one can do is lead a more active lifestyle. Regular exercises have the capacity to rid one of about half the weight that is expected for a person to gain. One of the most important effects of exercise is that it reduces cravings for cigarettes. Plus, it also burns off more calories.

One can also resort to at least about 2.5 hours per week of moderate-intensity exercise. These can be aerobic exercises like swimming, cycling, or fast walking.

When we say moderate-intensity, what this means is working out hard enough. It should be enough for one’s breathing to be heavier than usual. One should also feel a bit warmer than normal.

As we all know by now, the more exercises one does, the more calories are burned.

These, and a few more healthy living adjustments, can ensure that one does not gain weight. This is after quitting the cigarettes.

I cannot walk or run. What exercises can I do?

Those with physical disabilities can resort to other types of exercises. Gentle swimming is just an example. There is also aqua aerobics. Aside from these, there are low-impact exercises like yoga and pilates. Tai chi is also a good exercise.

Individuals with physical disabilities can resort to low-impact exercises. The aqua aerobics has the capacity to reduce stress. It can also lessen the strain that accumulates at the joints.

There are also yoga and pilates exercises that are created to adapt to the needs of different people. This includes those with different types of disabilities.

While these exercises are beneficial, one should always get advice first. This is to ensure that the exercises are suited for one’s specific type of disability.

Aside from exercises, one can also resort to taking “stop smoking” medicines. These can aid in minimizing (or even avoiding) weight gain for those that quit smoking.

Some such examples are nicotine replacement therapies (NRT). There are also prescription tablets like Zyban and Champix. These can amplify one’s chances of quitting smoking.

These prescriptions also seem to aid in limiting weight gain. Weight gain is common in the first few months after one quit smoking.

In recent times, the world has also seen the advent of e-cigarettes. Its popularity has given hope to individuals that have been meaning to quit smoking.

E-cigarettes are risk-free options. They are safer than smoking. Many people have found e-cigarettes to be effective assistance in quitting smoking.

Another option is to talk to a dietitian about a diet plan. This way, the diet plan is personalized and tailored to whatever it is that one needs.

Having a diet plan and religiously going through it is a foolproof way of not gaining the pounds. It will provide guidance on how much should be eaten. This is based on the weight, age, activity level, and gender of the person concerned.

This stops one from gaining weight while ensuring that the smoking stops as well.

Cigarettes do not contain calories. In fact, it aids in speeding up one’s metabolism. It usually results in weight loss to most.

Because cigarettes contain tons of harmful chemicals, these can have adverse effects. This is the reason why most would resort to quitting the habit before very long.

But when quitting cigarettes means gaining weight, some could have apprehensions about quitting. While there may be recommended exercises and a healthy diet, quitting is not as easy as some think it is.

Remember that every little bit of movement would count. Every small movement can counteract the weight gain due to quitting cigarettes.

One only needs to be creative and committed to making exercise a part of the regimen. Make exercises an important app in your stop-smoking campaign.

Regular exercise can boost metabolism. It can improve one’s mood. It can also be a great motivation to succeed. It is succeeding at overcoming the weight gain caused by quitting cigarettes.

Related posts:
Can You Survive on 1000 Calories a Day?
How to hide belly fat in a tight dress – The Ultimate Guide
How to burn 2500 calories a day?
How Many Calories Does Green Tea Burn?
Previous Post: « What Is The Best Way To Limit The Growth Of Bacteria In Food?
Next Post: How many calories do situps burn? » 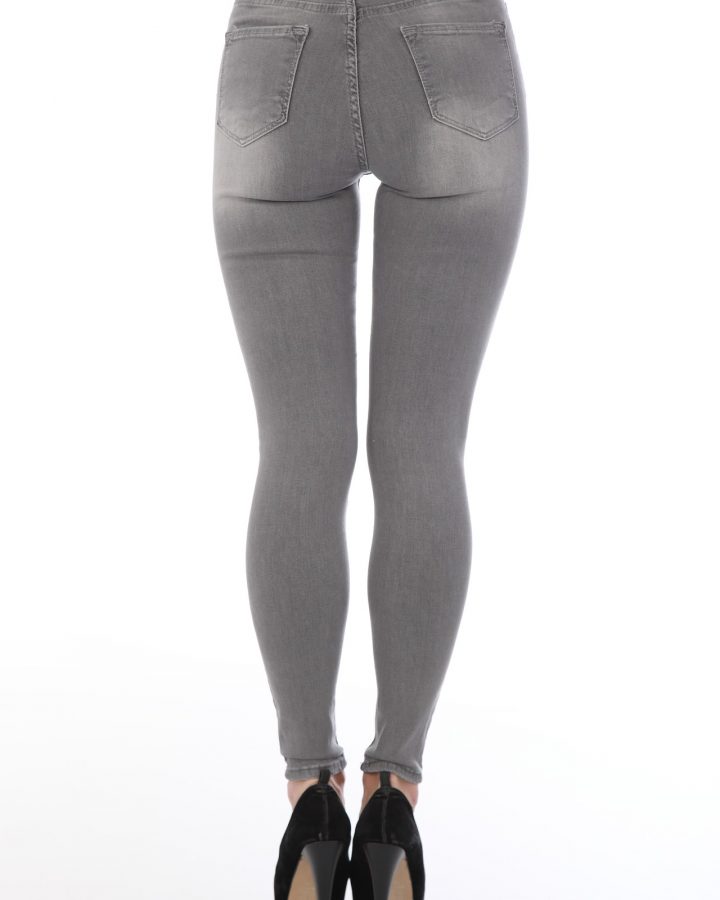